As part of Rolling Hills Prep and Renaissance Schools' ongoing self-evaluation and improvement, a group of teachers, trustees, and parents has approved the learning expectations for students shown below, based on the Four Pillars. Every year each faculty member focuses on at least one of the four pillars, incorporating its philosophy into that year's teaching and evaluation. These principles are not just on paper, they inspire the high-quality teaching that is a hallmark of Rolling Hills Prep and Renaissance Schools.

Sustainability and Environmentalism
Rolling Hills Prep and Renaissance Schools have embraced and exemplified what it means to be a green campus since 2007 when the schools moved to their permanent location on Palos Verdes Drive North. Reducing the carbon footprint and encouraging the campus population to embrace an environmentally sound lifestyle is a distinguishing Rolling Hills Prep and Renaissance Schools characteristic. The construction of the campus in 2007 included numerous green initiatives such as maintaining the proper ratio of trees to people and recycling demolished structures. These efforts distinguished RHP and Ren as the first green campus in the US (built from the ground up) west of the Mississippi River. 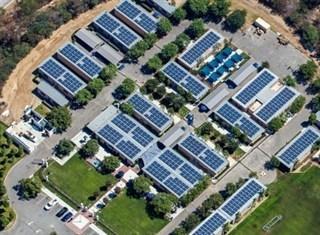 Rolling Hills Prep and Renaissance Schools continue to explore ways to incorporate other environmental initiatives that will reduce the school’s carbon footprint. This initiative led to our installing 700 solar panels in order to reduce the school's energy bill by an estimated 93%. At certain times of the year, the schools pump energy back into the Southern California grid, becoming a source of power for others.

At RHP and Ren, diversity is defined as a culture that consistently explores, embraces, and celebrates individual differences and backgrounds in and outside the classroom and in our everyday lives. In an inclusive and diverse community, all members feel respected, safe, and accepted in expressing who they are. Our four pillars promote multicultural perspectives through a 21st-century curriculum which prepares students to work, lead, and live effectively in a diverse world. Diversity includes individual and group differences in areas such as ethnicity, socio-economic status, gender, age, sexuality, religion, learning styles, and physical abilities.
One of the greatest strengths of Rolling Hills Prep and Renaissance Schools is the diversity of our student body. Our vibrant community includes families from 25 different zip codes and, in a typical year, four or five different foreign countries. In a 21st century global society, it becomes ever more important that we live, work, and study with a multiplicity of people who are not just like ourselves. This quality of life at Rolling Hills Prep and Renaissance Schools may be one of the most important aspects of preparation for success in college and beyond.